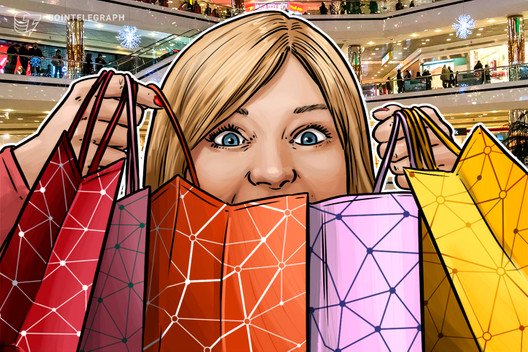 To combat counterfeit goods, the Italian government has allocated €15M to develop and implement blockchain and other tech-based solutions.

Counterfeit “Made in Italy” products are sold in marketplaces around the world. The Italian government is now fighting back against these knockoffs by investing €15 million ($16.2 million) towards the development of a blockchain-based solution.

According to a new report by dGen, counterfeits of the “Made in Italy” label caused a loss of €12.4 billion ($13.4 billion) in 2016 alone. Such losses directly impact both the income and future survival of many Italian artisans.

The prestige of being “Made in Italy”

The Italian fashion industry, and the country’s association with artisan craftsmanship, both feed into the prestigious reputation of the “Made in Italy” label. Indeed, if it were registered as a brand, it would be the third-most valuable global property (after Coca Cola and Visa).

The label’s high profile associations have led to an ever increasing problem with counterfeit goods. These fakes facilitate intellectual property theft, and tarnish the reputation of the label, the brands, and artisans who the label represents. They also cost the industry billions of dollars as a whole.

Blockchain to the rescue

The Italian government has acknowledged the threat of counterfeiting and identified blockchain technology as a potential solution. The government recently allocated €15 million to support the rapid implementation of digital technologies, including the financing of a joint project between IBM Italy and the artisan community.

Aspects of the industry that are being considered for improvement include: authentication of goods and raw materials through the supply chain, a secure ledger of intellectual property rights, provable sustainability and ethical practices, and closer relationships between brands and their customers.

It is hoped that such measures will curb the rise of counterfeit goods and secure the future of Italian artisans.

Fashion is not the only area in which Italians have been valuing authenticity as of late. Cointelegraph recently reported that Italian firm, LKS, has created a blockchain-based system that can allegedly prevent the spread of fake news