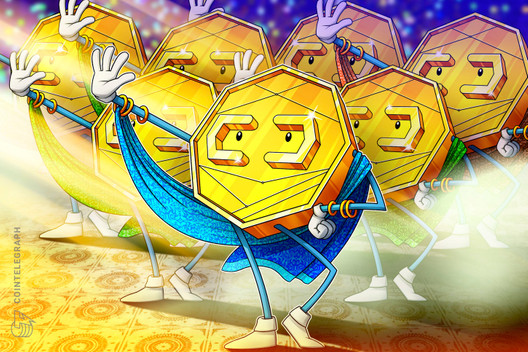 Tradehorn has become the latest startup to launch a cryptocurrency exchange in India after the Supreme Court repealed the Reserve Bank’s ban.

The repeal of the Reserve Bank of India’s (RBI) crypto ban has driven a boom in exchanges launching in India, offering hope that the growth of a robust local industry will incentivize lawmakers to maintain India’s permissive regulatory apparatus.

The RBI ban’s repeal also sparked an initial rush of interest from global players, with top exchanges such as OKEx and Binance launching fiat gateways for Indian rupees and partnering with local trading platforms.

“We are here to serve novice traders, who are absolutely new to this and spread awareness of crypto as an innovation. For us, how we measure [the] success of this platform depends on whether my uncle would be able to use this,” said Vinakiya.

Tradehorn will soon launch a mobile application featuring 24-hour support services, with the app expected to launch for Android and iOS by July.

Despite the repeal of the RBI ban in March, many firms have since reported that banks are still unwilling to do business with them.

However, Vinakiya echoes a familiar gripe among Indian crypto exchanges, urging lawmakers to provide clarity as to the tax implications of operating with cryptocurrencies. In early May, several Indian exchanges petitioned the RBI to make clear whether crypto transactions would be subject to the Goods and Services Tax (GST).

“This is a very important thing which needs to be cleared by the government so that companies and users feel free to start trading. A lot of people don’t know how to get started with crypto, as they are unfamiliar with how the tech implications would work,” said Vinakiya.&

“This clarity would not only help the crypto companies but also for the users.”