Bitcoin price closed the CME gap and made a decisive move above the $9K and $9.2K resistance as traders attempt to carve a new path to $10K.

Within the past few hours Bitcoin (BTC) price managed to press through the $9,200 resistance level to $9,281. While the 2.58% gain may not be much to talk about, the move above the key resistance level is a step forward and the initial move to $9,180 closed the CME gap from last weekend.

On Wednesday both indexes broke above their 200-day moving average, nearly reclaiming all of the losses caused by the coronavirus-driven correction that started in March.&

The sharp rallies in both markets also led analysts to suggest that the Dow is now “on track for its best week since the week ended April 8.” Data from Skew shows that as Bitcoin reclaimed $9,000 earlier in the day on May 27 approximately $18 million in XBT-USD short positions were liquidated.&

Traders will be closely watching to see if the top-ranked digital asset on CoinMarketCap can secure a daily close above the $9,200 level.& & 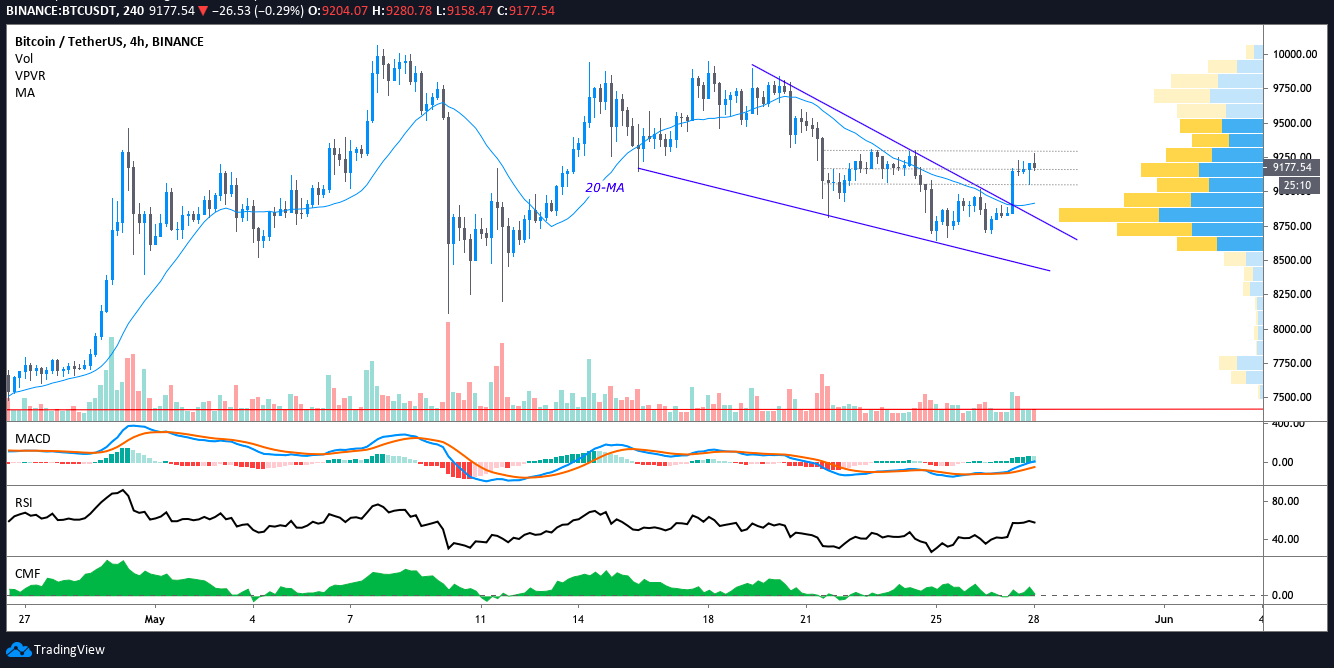 According to CoinMarketCap, the overall cryptocurrency market cap now stands at $256.4 billion and Bitcoin’s dominance rate is 65.9%.