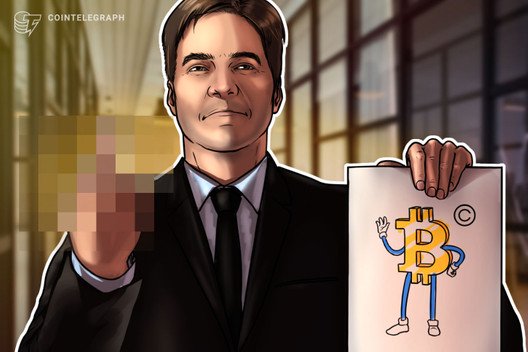 Ira Kleimanâ€™s legal team claims Craig Wright already has access to the encrypted file at the heart of the case, citing the movement of $1.6 million BTC as evidence.

The Kleiman estate is suing Wright over the Bitcoin he allegedly mined in a partnership with the late Dave Kleiman. Wright says there was no partnership.

According to court documents filed May 21, Kleiman alleges Wright “has the ability to open the encrypted file, but won’t because it will contain evidence of the partnership and its Bitcoin holdings.”&

Kleiman submitted that $1.6 million in Bitcoin (BTC) had been spent from addresses supplied to the court as proof he had access — along with Wright’s very public threats to tank the BTC market, something that would require access to a large amount of Bitcoin:

Wright’s refusal to open the encrypted file strongly suggests he knows that its contents will include partnership records, support the existence of a partnership between Wright and Dave Kleiman, and that the 820,200 bitcoin on the CSW Filed List (or other comparable amounts) belong to the partnership, as well as the blockchain related intellectual property created before Dave died.

The CSW list — containing 16,404 BTC addresses — to which Kleiman is referring is one of three in the case. The fact that Bitcoin has been spent from addresses in the list: “is incontrovertible evidence that Wright has either (i) submitted a fraudulent/incomplete list of his bitcoin as the CSW Filed List and/or (ii) he does have access to a list of his bitcoin and the private keys associated with them and is lying.”

‘Numerous frauds upon the court’

“Wright has engaged in a sustained pattern of perjury, forged evidence, misleading filings, and obstruction,” the filing says.&

Kleiman’s team cite four instances in which Wright allegedly lied under oath, one as recently as last week, when the Satoshi claimant offered forged documents related to his divorce. They argue Wright’s ex-wife may have lied in support of his case.&

She has a strong incentive to lie: she is financially dependent on him, lives in fear of him cutting off her support, and has lied for him in the past due to that.

The judges in the case have questioned Wright’s credibility on more than one occasion.

Criticising the court for only applying sanctions once, Kleiman declared that Wright’s “overall disdain for the legal system” would continue unless put in check.

For the foregoing reasons, Plaintiffs respectfully request that the Court issue an order pursuant to its inherent powers striking Dr. Wright’s Amended Answer and entering a default judgment against Dr. Wright

Shout out to the crypto community

In the document, Kleiman’s legal team paid tribute to the amateur sleuths in the crypto community who have devoted large amounts of time to investigating the case:

It has taken the combined effort of Plaintiffs, their counsel, experts, and a devoted crypto-community to expose the forgeries, lies, and misrepresentations to date.

A jury trial for the case is set for July 6.