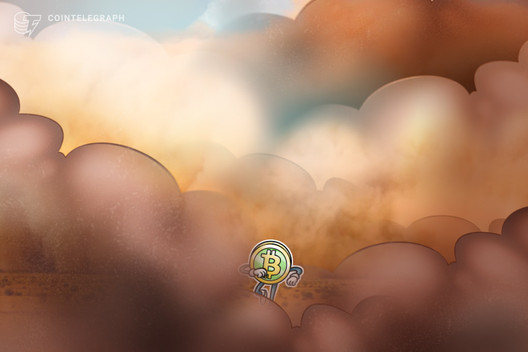 A cryptocurrency analyst recently said that he is surprised that Bitcoin Cash did not yet fall victim to an attack, given the fall in its hashrate.

Yassine Elmandjra, a crypto asset analyst at ARK Invest, said in a May 24 tweet that the Bitcoin Cash (BCH) hashrate fell by 30% since its halving event, and only accounts for about 2% of the SHA-256 hashrate. Elmandjra now thinks it’s only a question of time before somebody takes advantage of the network:

“Surprised we haven't seen a large scale attack yet.”

According to data from BitInfoCharts, the Bitcoin Cash average daily hashrate fell by nearly 25.6% since its April 8 halving. Still, Elmandjra presumably did his calculations based on May 23 data, where the hashrate was down by about 33.52%. It is worth noting that the hashrate is currently much higher than where it initially was, after falling by over 61%.

As Cointelegraph reported earlier this month, Bitcoin’s hashrate has shed around 25%-40%, new blocks are generated remarkably slowly speed and fees significantly higher since the halving.

Hayden Otto is a Bitcoin Cash event organizer and founder of BitcoinBCH, a BCH-based development firm. Otto argues that Elmandjra was misled by the Bitcoin (BTC) narrative that Bitcoin Cash can be easily hacked by a 51% attack.

According to Otto, “the formulas they use to determine the cost of a 51% attack does not consider important factors such as the incentives of miners.” He believes that such an attack could not be executed as easily as many suggest, and this is why no such attack took place on the Bitcoin Cash network.

Otto added that Bitcoin Cash’s hashrate is currently about 3.5% of Bitcoin’s and has remained there for years. According to Cointelegraph’s calculations using CoinMetrics hashrate comparison chart data, BCH’s hashrate is currently equivalent to 3% of BTC’s. Furthermore, BCH’s hashrate was equivalent to about 4% on May 20, 2019. This data seems to generally back Otto’s point of view. He claims that an attack on Bitcoin Cash isn’t realistic:

“Bitcoin Cash is currently about 3.5% of BTC’s hashrate and has been around this level for more than a year. Despite this there has been no attack because miners are profit-seeking and there is no incentive to attack. Any attacker will be challenged by honest miners defending the chain, and the 10-block reorg protection neuters any attempt to secretly mine a longer chain. The risk of losing money far outweighs any potential reward, which ultimately makes any attempt to 51% attack Bitcoin Cash unviable.”

Still, as Otto himself pointed out Bitcoin Cash’s hash rate is usually just about 3.5% of what Bitcoin’s hashrate is. Because of this, BCH arguably needs such block reorganization prevention measures more than Bitcoin, where the computing power needed to attempt such an attack would be prohibitively expensive.